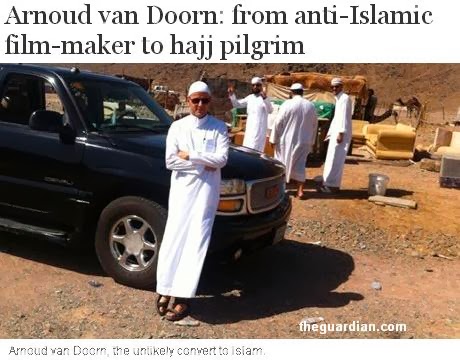 Arnoud van Doorn: from anti-Islamic film-maker to hajj pilgrim
Why is a former member of Geert Wilders' anti-Islamic Party for Freedom – who made a film claiming Muslims are violent – tweeting from Mecca?
http://www.theguardian.com/world/shortcuts/2013/oct/23/arnoud-van-doorn-anti-islamic-convert-hajj
Diposkan oleh Admin di 12:40 AM